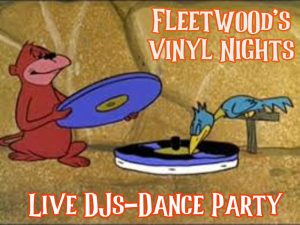 When there’s not a killer band booked on Thursday nights we’re pulling out our favorite records, turning on the strobes and dancing! Come out to get down

Special DJs and themes to be announced!

Here’s another thing we’re starting early 8pm-12am or later… Get the weekend started early but still get to bed on time!!